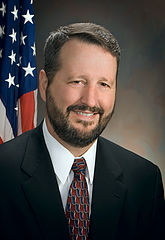 Commander Ed Seebald, Founding President and CEO of Seebald & Associates International, has over 37 years of experience in leadership and management within the international maritime community.

Throughout his long and distinguished Coast Guard career, CDR Seebald was dedicated to the cause of national and international maritime security in posts from the Bering Sea to the South Pacific, and from the Arctic Circle to the Coast of South America. During his tenure at sea, he was involved in counter narcotics operations, stemming the tide of illegal immigrants, command and control of coastal facilities, and maritime security and safety training in the Dominican Republic, Solomon Islands and Latvia.

Following his retirement from the Coast Guard in 2003, CDR Seebald has grown Seebald & Associates to be the preeminent international maritime security consulting firm.