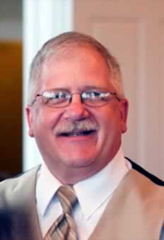 Tom is a MARAD-certified instructor who spent 35 years as a professional educator, trainer and administrator. He has extensive experience in curriculum development and instructional oversight. Additionally, he spent over 20 years in leadership positions at all levels of the United States Coast Guard Auxiliary, up to Deputy National Commodore for Atlantic-East and Operations. To date, Mr. Venezio has been involved in training well over 250 Facility Security Officers.

Mr. Venezio retired as Vice President of the International Center for Leadership in Education and Executive Director of the Successful Practices Network. He had previously retired in 2005 after 31 years in public education as a teacher, principal and district administrator.

In the United States Coast Guard Auxiliary, Mr. Venezio has held every elected position up to Deputy National Commodore, and has held appointed positions at every level from Flotilla Staff Officer through District Directorate Officer. Mr. Venezio also served on the Director of Auxiliary’s staff as the District Qualifications Officer. He is an AUXOP member and is qualified as a coxswain, instructor, vessel examiner, and qualifications examiner. He has been active in operations, public education, program visits, and the vessel examination program. Mr. Venezio currently serves as the Chief Qualification Examiner Coordinator for the First District Southern Region.