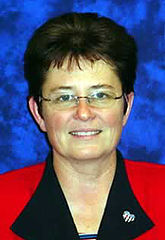 Gail Venezio is a MARAD-certified instructor who specializes in instructional technology applications. Mrs. Venezio has brought cutting edge technology applications to the Seebald & Associates courses, including the use of a student response system, online surveys and webinars. Prior to joining the Seebald team, Mrs. Venezio spent 20 years as a teacher and professional development coordinator. Additionally, she served as a consultant for the International Center for Leadership in Education.

Mrs. Venezio graduated from C.W. Post College in 1974 with a Bachelor of Science degree, and in 1979 from the State University of New York at Albany with a Master of Science degree in Educational Administration.

Mrs. Venezio has been a member of the United States Coast Guard Auxiliary where she served as the Assistant National Commodore-Forcecom overseeing Training, Public Affairs and Human Resources nationally. Since joining the United States Coast Guard Auxiliary, Mrs. Venezio has held all elected positions from Vice Flotilla Commander to District Captain. Additionally, she has held appointed positions at every level from Flotilla Staff Officer through District Directorate Officer. She is qualified as a coxswain, instructor, vessel examiner, and qualifications examiner. She has been active in operations, public education, program visits, and the vessel examination program.