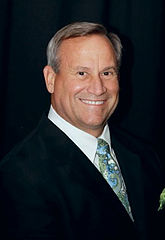 Spencer Byrum is the CEO and co-founder of HRS Consulting, Inc. An internationally known expert in adapting High Reliability Organization (HRO) Best Practices from aviation to high risk industries like healthcare, heavy construction, homeland defense, municipal government, and more. Mr. Byrum has been the Managing Partner, President or CEO of four human performance improvement companies since retiring from the Coast Guard as a pilot, safety officer, accident investigator, and Head of Standardization. Mr. Byrum has been a safety catalyst and keynote speaker at over 300 national & international conferences for safety and high reliability processes. He has implemented comprehensive programs for NASA, NATO, the FAA, the Coast Guard & the Department of Transportation and worked closely with all branches of the Department of Defense as well as the military forces of the United Kingdom, Italy, Belgium, Canada, Switzerland, Poland, and Greece. His work with many of the largest healthcare providers in the U.S., Canada, the Netherlands, and the United Kingdom adds extensive international business acumen to his years of Federal expertise. His leadership provides a broad basis, in both corporate and government arenas, from which HRS Consulting can address client concerns.